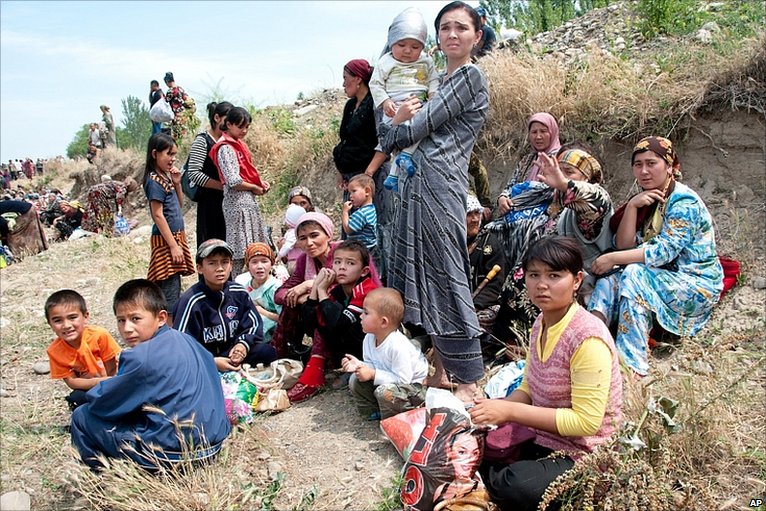 Jeff Dunn recently quoted Pope Francis as saying, “This is the holiness of the Church – to recognize the image of God in one another.” He was speaking of Christian unity within the church – desperately needed, rarely found, and beautiful to see in this fractured world. I wonder, though, if the same sentiment applies to those outside the church. Sometimes unity shows up where you least expect it.

Before becoming Catholic, my husband and I were missionaries in Kyrgyzstan, Central Asia, with an evangelical, non-denominational mission organization. Kyrgyzstan was a new country, formed in the break-up of the Soviet Union. The Kyrgyz people had several distinct layers in their experience of religion: first and fundamentally, they were animists, motivated by a desire to placate and balance the hostile forces of the universe; second, they were Muslims, though never very good ones; and third, they were communists, told that religion is the opiate of the masses and that electrification and universal employment were the meaning of life.

As missionaries we met with some hostility and a lot of indifference. Many people – understandably – were more interested in borrowing money than in talking about a religion that had been categorized as witchcraft and cannibalism by Soviet leadership. Most of our time was spent just making friends and being neighbors.

However, occasionally a Muslim religious leader – “moldo” to the Kyrgyz – would hear about us and would get a neighbor to introduce him to us. I was nervous the first time this happened; so was the neighbor who’d been roped into bringing the moldo over to our apartment. We served tea and sat around the low table, waiting to see what had brought him and if there would be fireworks.

But before the first cup of tea was drained, we realized that he was passionate about God. He cared about how people lived and what they believed. He knew that life was more than food and jobs and money. He too was frustrated by the indifference of people who didn’t seek God. We found a greater unity with him than we had with other Kyrgyz people, even the few Christians there were in our town. We talked for over an hour, nodding, laughing, and agreeing.

We didn’t agree in everything, of course; he remained a Muslim, and we remained Christians. We knew there were inevitable divisions that we couldn’t compromise. But in him we found someone who, as Jeremiah describes, was seeking God. And God promises that we will find him if we seek him with our whole heart. Has that moldo ever found God as revealed in Jesus Christ? I don’t know. But surely in some way he was a fellow pilgrim on the journey through darkness to light. I recognized very clearly the image of God in him, and I hope he saw it in me as well. We parted on good terms and, in the sort of irony that seems to be God’s signature, we each went back to our own work refreshed by the surprising experience of unity in the midst of division.

Surely, if I can find unity with a Kyrgyz moldo, I can find it with my brothers and sisters in Christ.